A downloadable BURROWED TIME for Windows and macOS

YOU CHOOSE THE DIFFICULTY

The more time you give yourself, the harder the levels are. So beware!

This was completely made in the 48 Hours. I’ve had no sleep, and WOW am I tired. I made everything myself, even made the music in an hour!

Have fun! Let me know how far you go, and if you unlock the MOBIUSINFINITY Gun!

I have really enjoyed playing your game! I know I'm a bit later than others to comment on this, but is this an open sourced game?

Definitely fun, I'd lower the difficulty curve right after the beginning just a little bit to let the player grind a little bit.

Occasionally, enemies get stuck inside the walls. Not only on walls, but inside them.

I'd add random speed/damage 5-10 seconds powerups  to fill the dead ends. It's really less engaging when you wander cluelessly in the randomly, featureless, generated maps. More "reference decos" would be useful to help the player not to get lost in the latter levels.

I'd add a hint about the general direction (maybe a cone) each time the timer gets to a new "dot". Let's say, as a pulse or VFX that lasts about 1 second. The cone gets more and more precise at each dot At the last one, the cone is a line, and you have at least a general idea of where the portal is.

Also, some of the first weapons are way too tremendously slow but you can't know it until you buy them. You have to guess how good each weapon is just by looking at the shape and name. Which... could be fun, or frustrating, if you get killed because you spent all the credits on a weapon you supposed to be good - but was actually worse than the previous, cheaper, one.

Could you add azerty support please :)

Didn't get to unlock all the weapons in this run but I had fun. :) 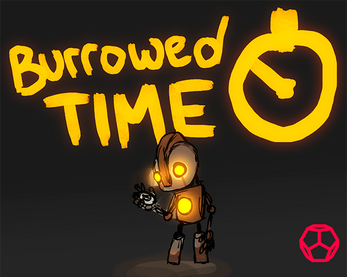